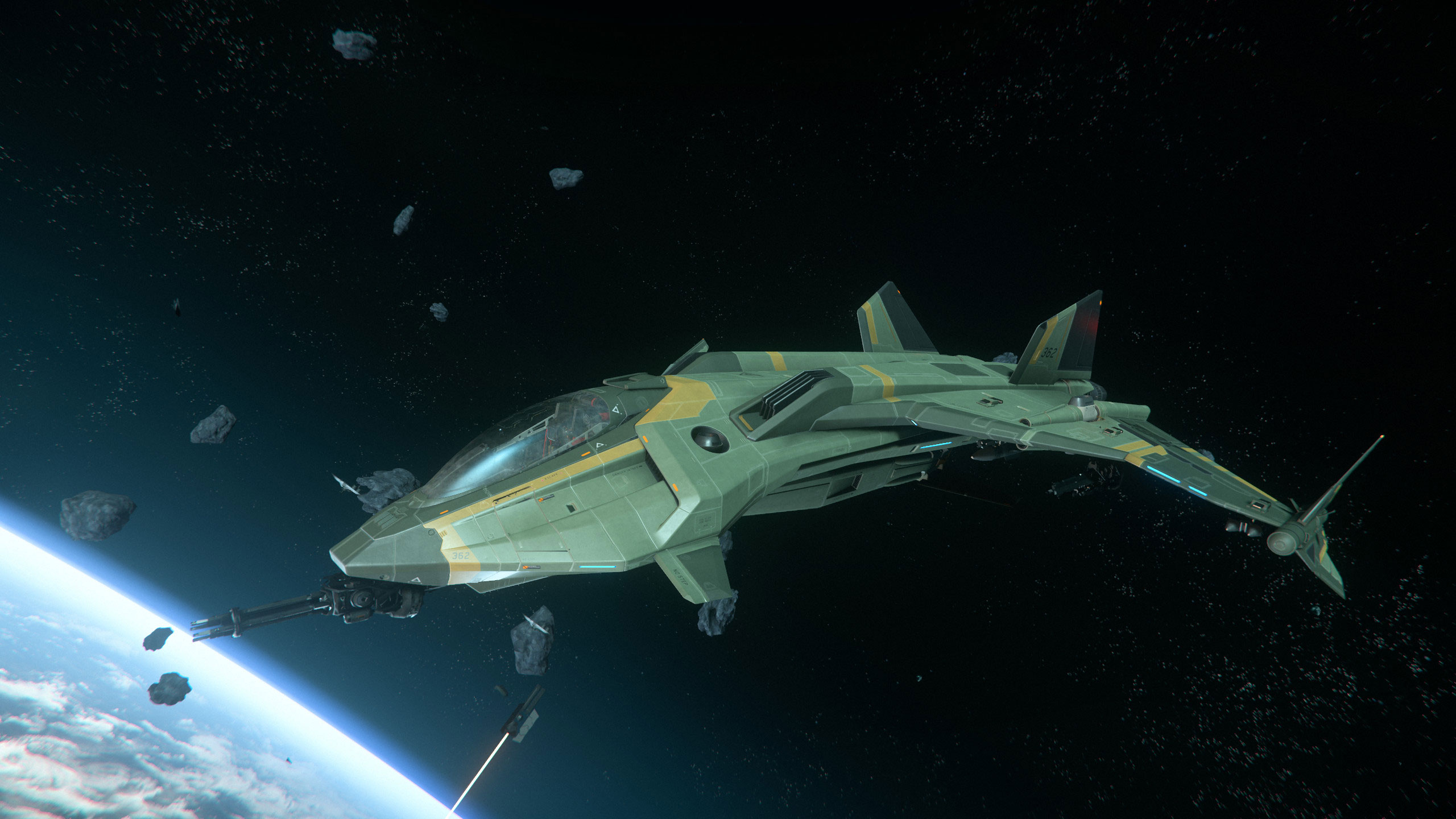 The Gladius was designed specifically to engage the enemy.

The Gladius, built by Aegis Dynamics, is a single-seat light fighter, with its focus tuned for dogfighting. It has quite the reputation in military circles because it is the ship that pilot Condi Hillard used to be the first human to defeat a Vanduul in combat. Although an older design, it has been updated many times to keep up with technology. Nevertheless, in the right hands the Gladius has the ability to control the battlefield with its offensive capabilities, its incredible maneuverability, and superior defensive systems.

The Gladius is 65 feet long and 18 feet high. It is categorized as a small ship weighing about 110,000 pounds. It has an SCM speed of 280 and a max speed of 1235 with an acceleration of 118.5 m/s/s. The pitch and yaw are both 120 deg/s and the roll is 160 deg/s giving it amazing maneuverability. Along with its speed and agility, the Gladius has the offense and defense to match.

The Gladius has a weapons payload that will strike fear in your enemy. It comes stock with three size three weapons, all fixed. Replacing with gimbals can provide more flexibility for inexperienced pilots. It also carries six missiles, two size three and four size two. While using this powerful arsenal, the Gladius protects the pilot with high-tech armor and other defensive modules.

The cockpit is built out of reinforced diamond laminate plating and provides protection against cosmic and atmospheric elements. It is designed to give the pilot an unobstructed view of the battle. Titanium nanocomposite polymer armor protects the craft while Gamma Titanium Aluminide plates add additional protection for the pilot. The Gladius also uses a single-field shield generator from Ascension Astro that protects against enemy fire.

Although classified as a “light fighter”, pilots soon realize that the Gladius has the ability to hold its own in any scenario, including bombing runs, reconnaissance missions, or as an interceptor. 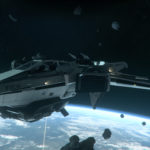