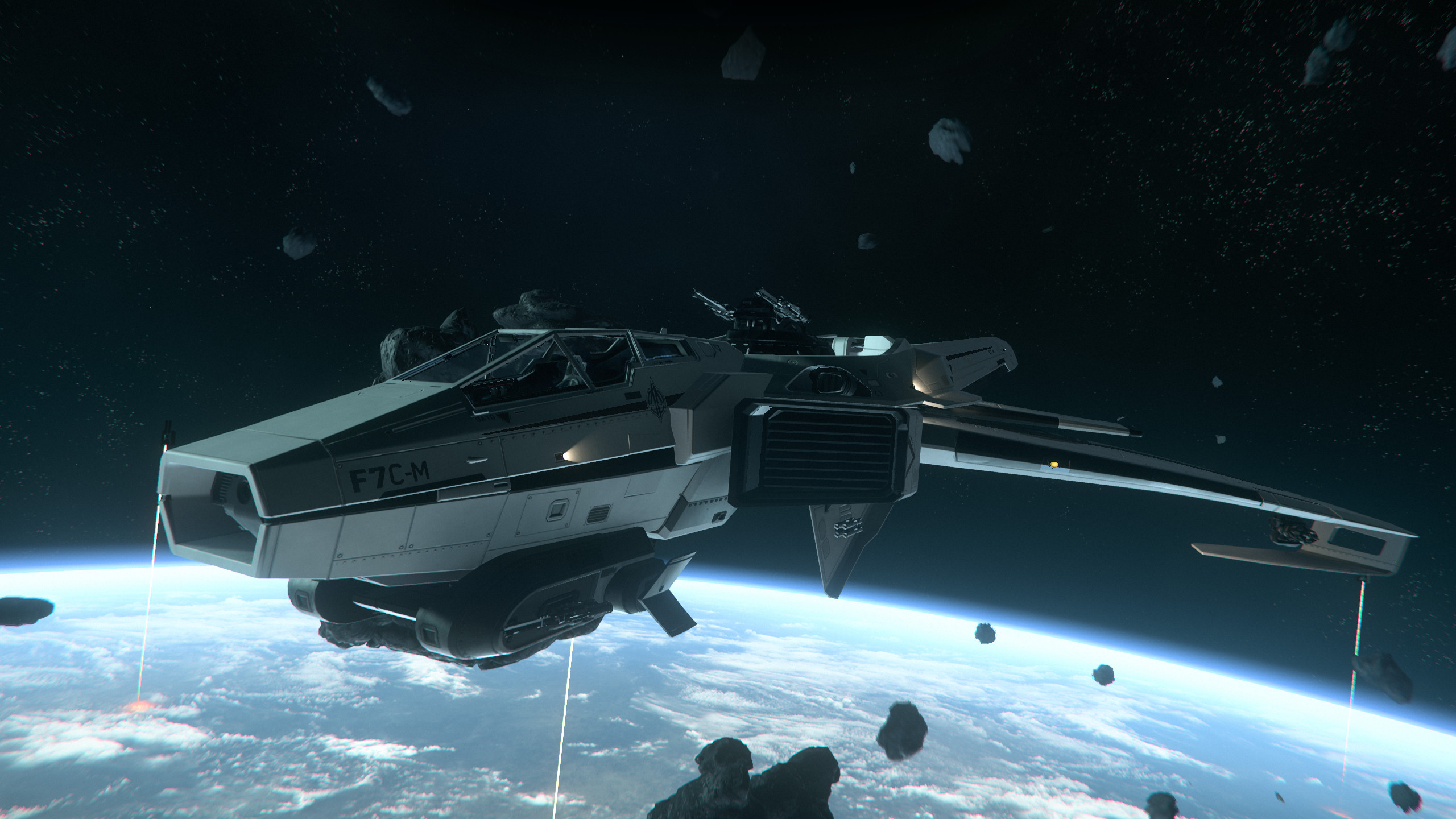 As close to the Military load-out as is legally possible, the F7C-M Super Hornet is a versatile ship for citizens.

The Anvil Aerospace Hornet is a single-seat medium fighter and is considered one of the most durable and trusted ships ever built. With thousands of combat missions logged, the Hornet has become the main fighter for the UEE military with its focus on adapting to any environment while maintaining its firepower and defensive abilities.

However, with the recent increase of Vanduul attacks on frontier worlds, Anvil Aerospace wanted to provide citizens with the tools necessary to defend themselves while having a dependable day-to-day ship. The civilian model, the F7C-M Super Hornet, is the closest load-out to the Military version as legally possible.

The Super Hornet is 83 feet long and 21 feet high. It is categorized as a small ship weighing about 173,000 pounds. It has an SCM speed of 230 and a max speed of 1220 with an acceleration of 78.8 m/s/s. The pitch and yaw are both 90 deg/s and the roll is 130 deg/s giving it below average maneuverability. What it lacks in agility is made up for in its offensive and defensive capabilities.

The Super Hornet has the firepower to hold its own in any situation. With a ball turret attached, the Super Hornet comes stock with four size two and two size one weapons, all gimbaled. If you are a fixed pilot you can dramatically increase your damage by using size three weapons, one on the nose and one on each wing, and replace the ball turret with a fixed size five weapon. It carries eight missiles, four size one and four size two. It also has the WillsOp Long Look Radar which provides several scanning features that turns the Hornet into the perfect fighter. While you pilot your friend co-pilots.

The Super Hornet is equipped with an extra seat to provide the pilot with assistance in scanning or controlling the top turret. It also has an extremely durable hull and can be relied upon in the deadliest scenarios. The hull is unique and can be fitting with different modules such as cargo, a turret, or even stealth equipment.

The Super Hornet is the definition of power. Anvil Aerospace has provided civilians the means to protect themselves against the Vanduul and pirates while creating a dependable ship that can be used daily. 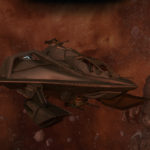