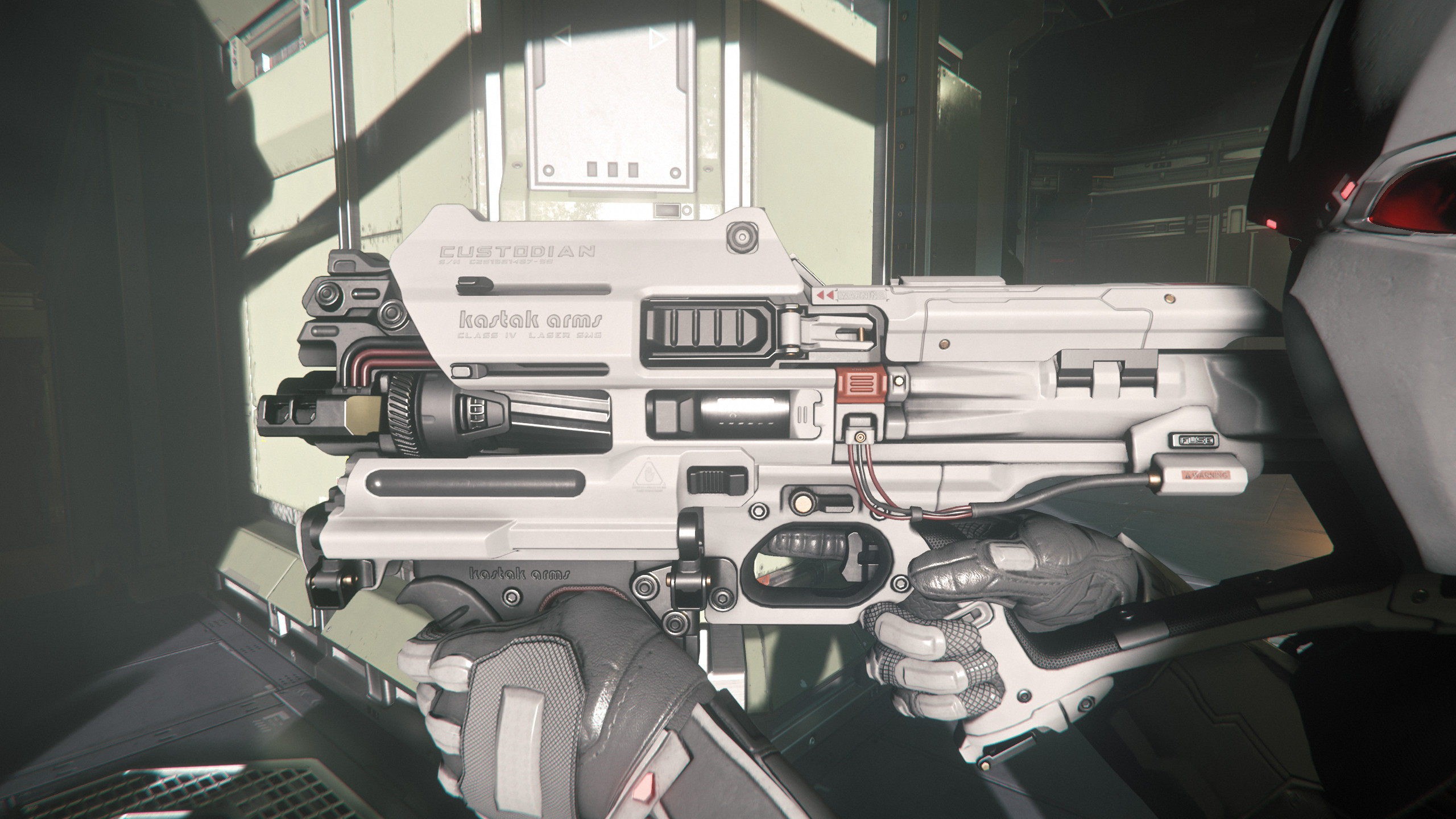 The Custodian is a size two energy based sub-machine gun with a high rate of fire and moderate damage making it ideal for close quarters combat.

Kastak Arms is a manufacturer of energy weapons. After the Vanduul invasion of Virgil, Kastak Arms focused on creating a line of weapons for personal use against the ever increasing threat of the Vanduul. One of those weapons is the Custodian SMG.

The Custodian SMG is a common weapon found at most locations such as Port Olisar and can cost anywhere from about 2200 to 2800 UEC. The Custodian has two fire modes. There is a fully automatic fire mode and a charged burst mode. The charged burst can act like a normal single click burst shot or you can hold it down to charge it up for a more powerful volley. This weapon can also use size one optics, barrel, and underbarrel attachments.

The Custodian has a fire rate of 800 rounds per minute. This is a very fast fire rate which saturates your enemy with shots. It has a fully automatic DPS of 63.3, a single click burst shot at 71.3, and 114 for a max charged burst shot. It also has a generous ammo clip that holds 60, giving you plenty of shots before you need to reload. The Custodian has an effective range of about 30 meters and should be used mainly for close engagements.

Kastak Arms provides personal defense weapons to civilians of the ‘Verse. The Custodian SMG is a reliable weapon that will eliminate your enemies quickly and efficiently. 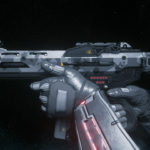